For over 35 years, I’ve loved the thrill of the chase. Pounding surf. A moonlit night. The sudden strike of a strong fish.

From Maine to Cape Cod, on Block Island and at Montauk… I’ve caught my share. And I’m always on the lookout for a plug that can consistently catch big fish. 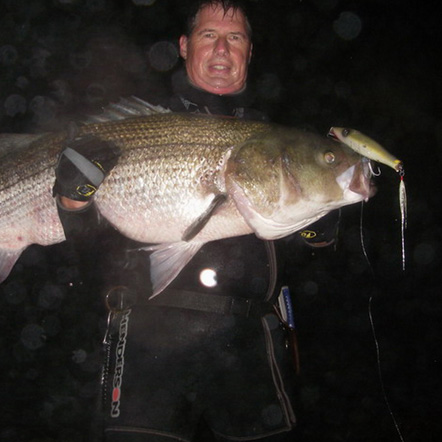 The Bigger, The Better

I often thought about the old saying “big bait, big fish” and wondered what happened to the giant pikes that used to be so readily available.

I looked and looked, and couldn’t find a consistent supply anywhere. So I did what any normal, frustrated angler who’s pretty good with his hands would do: I made my own. 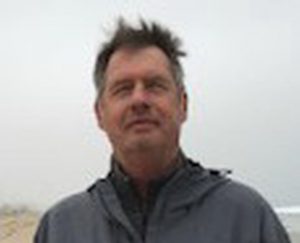 I read everything I could get my hands on about plug making. I browsed websites, introduced myself to other lure makers and pestered them with questions. I visited plug workshops from Cape Cod to the Jersey Shore. All in an effort to learn the best materials, techniques and processes for making a larger wooden lure with great swimming action.

By summer 2005, I tested my first 8″ giant pike at Block Island — and quickly caught my fill of sizable stripers.

The next thing I know, I’m invited to exhibit at the Asbury Park (NJ) Fishing Club annual plug show — one of the largest plug shows on the East Coast…an amazing event, with some of the best-known plug makers around.

Since those early days, it has been quite a ride. The success of my original Giant Surface pikes encouraged me to make a 6-1/2″ Junior as well as a variety of larger and/or heavier plugs, including, Giant Medium and Deep Divers, a line of Surface and Diving SLIMS, Trollers, Jointeds, lipless Sand Pikes, and most recently, a line of Weasel pikes.

How to Get Your Very Own Pikes

Because I personally hand-make each lure, I can only make a limited number each year. I sell at 4 major shows (in New York and Massachusetts, and two shows in New Jersey); on Block Island in June; and through email “pop up” sales to my newsletter subscribers. Be sure to sign up for Big Water News — click on SUBSCRIBE at the top of any page of this site.

“I’ve fished Gary’s lures at Montauk and Block Island — and they’ve caught fish when other lures haven’t produced a thing. They can be worked slowly, or even stopped, and they still have great action that produces strikes. I’ve fished them at night with great success, and they were especially effective during the fall run when big fish are active during the day.”

“Remember Block Island last summer? When I worked every kind of lure with no luck — until you loaned me one of your Giants. Within two casts, I roped a big one. Awesome.”